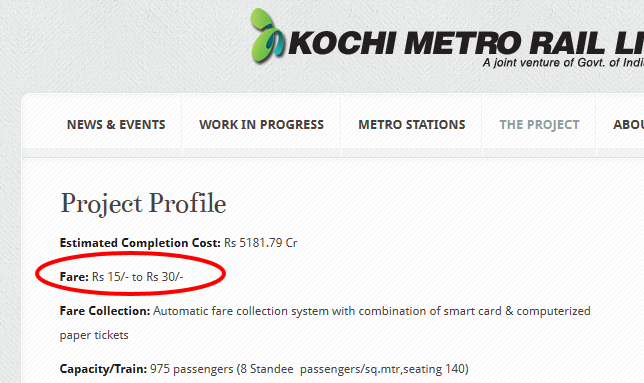 Who is the Kochi Metro targeted at?

Those who currently travel to work by private bus?

You expect a salaried workforce currently spending around Rs. 5 per 2.5 Kms to move to Rs. 15 /km?

Those who take the car to work daily?

This falls into two broad categories, those who stay near the station and those who are a bit away from the station

a.) Near the station – Any car in the market today gives a mileage of 10 to the litre at the minimum. That is ~8 rs. per km. KMRL can KMA?

b.) A bit away from the station – If I take my car to the station and park it at a conservative Rs. 5/hour and travel to my hypothetical office which is 5 kms away and travel further to office in an auto at Rs. 15/km. I am looking at an travel expense of Rs. 200/day minimum.

Those who have a bike?

A person who takes the bike to work does it because he works in the field and needs the bike or already has a car and wants to beat the Kochi traffic. Even if he is just a regular office goer – If a Mercedes Benz is more feasible than metro, comparison of bikes and metro is well, unnecessary.

Oh, those who do not want to wait in traffic for hours?

This is a difficult question to answer, but what would a person do with the extra time? Oh, time is money? But it is not like he is going to work in the saved time to make more money to justify his increased travel expenses. The question is whether someone will spend thrice more everyday to save maybe an hour of his/her life. I am sure majority would prefer to listen to the FM or sleep in heavy traffic than do it. Am I wrong?

So, who will actually use the metro?

Now that we have negated the majority of general Kochi workforce already as non-metro users, who else will possibly use the Kochi Metro Rail service? People who are visiting from other towns looking to explore the city or those seeking the thrill of going on a metro rail for the first time, just like those who go to Ooty to take a joy ride on the toy train. If yes, this is one hell of an investment for the joy ride of a few!

Then, why does one need a Kochi Metro Rail?

It is a Non-Profit Organization for Public Service?

Right. So, we end up paying much more than Rs. 15/km hidden in taxes to keep the system running? And by the way, don’t we have enough of loss making PSU entities in Kerala already?

Right, so it is some crown jewel of Kerala..until one fine hartal day. As history as shown repeatedly, we Keralites have zero value for public property. It is so not feasible that it will be a sign of submerging Kerala!

Edit:- Short term pain and long term gain is what Kochi Metro rail wants us to believe. During the 2-3 years that metro rail construction will happen in places like M.G road will make companies shift to the NH 47 bypass where metro rail does not operate and has decent parking for customers. Would they want to come back afterwards?

It is Eco friendly!

How can it be eco-friendly when it is not feasible enough to convert users from any other mode of transportation?

The title of this post says that the Kochi Metro Rail is another white elephant, which means we already have more white elephants in Kochi? Yes sir, we do.  thanks to late K. Karunakaran, we have India’s third largest cricket stadium which hosts more real estate exhibitions and consumer expos than cricket matches. 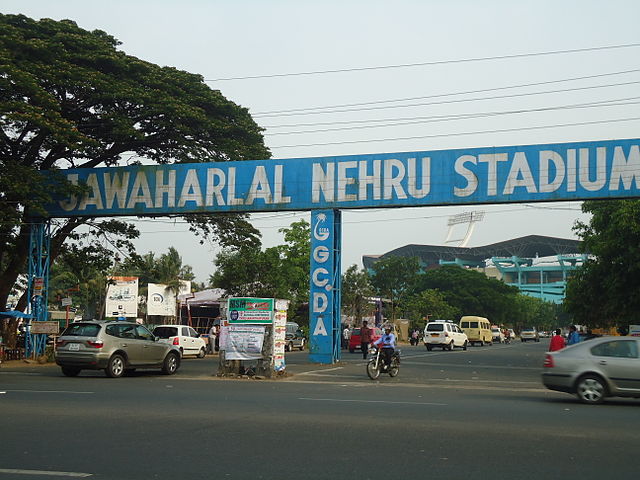 Why doesn’t anyone say anything?

With the left initiating it, the right continuing it, anyone who goes against the Metro Rail will have his political future handed over to him in a urn and be branded as anti-development and anti-progressive.

Do we need a Kochi Metro Rail? Comment your thoughts below.

Financial Planning - They Should Teach This Stuff At College!

Financial Planning - They Should Teach This Stuff At College!