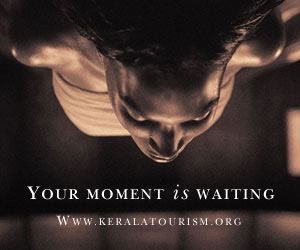 Its a proud moment. Kerala, my home state is getting its own international ad campaign titled – “Your moment is waiting”. The movie was premiered today at Saatchi Art Gallery in London, United Kingdom with many celebrities like Jimi Mistry, Rankin, Pearl Lowe, Lisa Snowdon,Jamila Massey, Jade Jagger and many many others.

Kerala Tourism’s international campaign, Your Moment Is Waiting is a film that goes far beyond the realm of a commercial, to capture the soul of Kerala like no destination hitherto has. Stark Communications, which has been handling the Kerala Tourism brand for almost two decades, conceived, scripted and then assigned the task of creating this film to the renowned ad film maker Prakash Varma.

So, what do you think about the ad campaign? Planning a visit to Kerala soon? 🙂

Using the Theory of Relativity

Using the Theory of Relativity